The statewide activities of the California High School Democrats are run through the Executive Board, which is made up of the elected state Chair and Vice Chair along with members appointed at the Chair's discretion. The Executive Board works to expand and promote the organization while also ensuring that all CAHSD chapters and members are connected with opportunities to grow their political involvment. Joleen Bakalova ([email protected]) serves as the Chair of the California High School Democrats. She is a Junior from the Inland Empire. As a first-generation American, she first got involved at thirteen after a gun violence incident occurred behind her home. She has served as Vice Chair of CAHSD, National Chair of the AAPI Caucus at the High School Democrats of America, and campaign staff in local politics. Currently, she interns with Majority Leader Eloise Reyes and UN Women USA LA, serves as Clerk at the San Bernardino County Young Democrats, and conducts ethnography research for her history podcast. Outside of advocacy, she enjoys volunteering in her community, playing the piano, singing in choir, and petting her cat. Joleen is excited to drive CAHSD forward this term. Nathan Morton ([email protected]) serves as the Vice Chair of the California High School Democrats. He is a junior at Apple Valley High School. Nathan first became interested in politics at 11 years old, as Donald Trump’s anti-immigrant rhetoric caused him to want to step forward to defend his friends and family members who are immigrants. After completing his education, he wants to go on to become an immigration lawyer. He is a local chapter founder and leader, and outside of politics, Nathan is a member of the International Thespian Society, Key Club (where he serves as his club’s Vice President), the Schoolsite Council, the Mock Trial team, Tennis, and he competes in SkillsUSA. Nathan is most excited to meet many like minded and driven people while serving this term. Rico Bolos ([email protected]) serves as the Communications Director of the California High School Democrats. As a recent immigrant who came to the US two years ago, they are very invested in progressive policies as they find it as a way to help minorities in the United States as well as inspire youths in their home country to fight for the injustice that has been occurring for decades. They have served as the President of the Early College Club in their school, and has served as the Treasurer for PALS Club, an organization in their school wherein they help people who may have a hard time socializing with everyone and make them realize their full potential. They mostly utilize their free time by watching Netflix, singing Karaoke with family and friends, and listening to vinyl records all day. Rico is very excited to work with the best team CAHSD has to offer. Nicolas Kiet Quach ([email protected]) serves as Political Director for California High School Democrats. He is currently a sophomore at Alhambra High School in the City of Alhambra where he has grown up his entire life. As a young person, he always found it difficult to get involved. Like many other youth in California, he was passionate about politics and civic engagement, but locating those opportunities as a young person was extremely difficult. It wasn't until December of 2020 when he got an internship with Mayor of Alhambra, Sasha Renée Pérez where he created graphics, attended events, managed her social media, and engaged students in the City of Alhambra. Shortly after, he was selected as one of the Campaign Coordinators for the AD-49 Justice Democrats ADEMS Slate alongside Mayor Pérez, Mayor Pro Tempore Lo, and other individuals with a sweeping victory taking 11 of 14 seats. Concurrently, he was coordinating his own campaign for Freshman Class President where he ran off the platform of building a sense of community virtually and continuing the operations of council during a pandemic. In late December, his victory was announced after running in an election with three other candidates. In February of 2021, he was appointed to the Alhambra Youth Commission where he has been able to push items such as addressing the city's lack of youth involvement & employment opportunities, pushing for stricter tobacco regulations, and organizing the City of Alhambra's 1st Youth Summit. In April of 2021, he was elected by the commission as the Commission President, the youngest President of any commission to be elected in Alhambra. In that same month, he founded Alhambra's 1st Young Democrats club and currently serves as its President. In May of 2021, he launched his re-election campaign for Sophomore Class President off the platform of diversity, equity, and inclusion where he received endorsements from Mayor Pérez, Councilmember Maza, city commissioners, student leaders, and teachers. In late May, it was announced that he won re-election in an election with two other candidates and has started working towards his goal of diversity, equity, and inclusion at Alhambra High School. In June 2021, he was nominated and selected by the California Young Democrats LA Regional Director to serve as Deputy Regional Director, the youngest individual to ever hold this position. Later that month, he applied for CAHSD Political Director and was selected to serve for the 2021 - 2022 term. He currently serves as the President of Alhambra Young Democrats, CYD-LA Deputy Regional Director, CAHSD Political Director, President of the Alhambra Youth Commission, Sophomore Class President at Alhambra High School, and continues to intern for Mayor Sasha Renée Pérez. His mission has remained consistent since the beginning of his involvement, which is to ensure that every young person who wants to get involved has the opportunity to get involved, something that wasn't offered to him and proved challenging. Suyash Goel ([email protected]) serves as the Local Operations Director of the California High School Democrats. He is a senior from San Ramon in the San Francisco Bay Area. His passion for politics began during the 2020 election cycle. Deeply dissatisfied with the status quo, he became a fellow at the California Democratic Party and mades efforts to help reinstate affirmative action. He went on to become the internship director and phone bank coordinator for a local Democratic candidate for mayor of his city. He got the opportunity to serve as CAHSD’s North Valley Regional Director last year and is excited to work with this year’s Regional Committee. Apart from politics, he is fascinated by computer programming. He is excited to advance progressive ideas and help grow the organization this year. Elisa Delle Monache ([email protected]) serves as the Logistics Director of the California High School Democrats. She is a senior from San Diego, who grew up in Colorado after her family immigrated from Italy. Being surrounded by nature from an early age sparked her love for the environment, and after attending her first protest in 2018, she turned it into a passion for activism and politics. Elisa is currently a lead for the Youth V. Oil campaign and previously served as South State Regional Coordinator for CAHSD. Outside of politics, Elisa is a competitive synchronized swimmer, loves to surf, and has a passion for traveling! She’s beyond excited to be serving on the Executive Board of CAHSD for this term. Lilly Leonhardt ([email protected]) is serving as this year’s CAHSD finance director. She is a high school sophomore in the Los Angeles area, and has been deeply interested in Democratic politics since she was young, and has always strived to do more for her community as pertaining to democratic values. She has a background in community service and community outreach, and is always doing as much as she can to help others. Aside from working with CAHSD, Lilly loves playing the piano, going to the beach, and spending time with her family. She is so excited to be a part of this team for the 2021-2022 term, and is looking forward to helping strengthen CAHSD.

Please feel free to email any members of the Executive Board if you have any questions or suggestions! 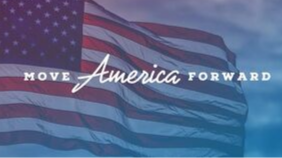 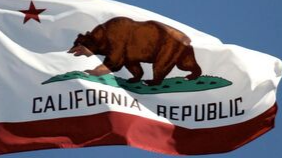 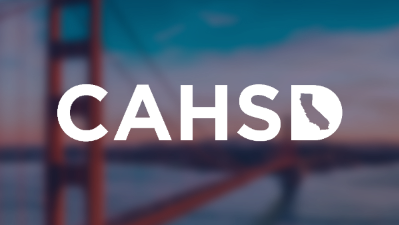 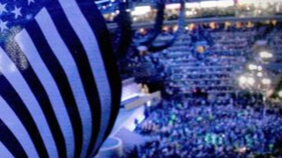